I was the last person who was informed about this trip, because neither my friends nor I was certain
about going. My friends weren’t sure because I was in Bangalore for a long time, and I wasn’t because
I had bigger and important things on my mind at that time. I don’t know who among all of them came
up with the idea of this little adventure, yes adventure, because it was, and even before it started,
it sounded like one. Then when Naman and Piyush went and actually booked a resort and a safari, it
occurred to me I was going. 22nd was the chosen date. The trip was planned for 10 friends for a single
day. As most of them were businessmen, they wanted a short and sweet trip. So it was just a one day
trip.

We departed from Raipur on 22nd in the afternoon, arrived at Nagpur in the evening, reached the
resort at Pench National Tiger-reserve Park at night. Our plan was to stay overnight and then go for a
morning safari. After the safari we would head back home. Everything was set. The trip started. We had
an awesome dinner at the MP tourism Resort where we were staying followed by some fun and beer.
We had one more reason for this - It was Piyush's birthday that day. After our late night photo-shoots
and masti we all slept at around 2 and woke up at 5 in the morning. We got ready and our gypsies were
ready to take us to the deep forest.

Just to tell you, Pench is a National tiger reserve which lies in Maharashtra and Madhya Pradesh. The
area is around 750KMsq but the area opened for tourists is just 20% of the total reserve. It has 33 tigers,
40,000+ spotted deer, 30,000+ peacocks, 350+ varieties of birds, and many other animals. The forest is
mainly made up from Teak.

So our gypsies started running towards the jungle. We completed formalities at the entrance and
entered the Pench National Park. Now let the photos speak for themselves.

The first thing we saw was an owl. "King of camouflage" It was so wonderfully blended in the tree that it
took us 5 minutes to spot it. There were 2 of them.

Then there were many many peacocks and hundreds of spotted deer.

As we kept going deeper and deeper our guide was trying to keep our expectation levels low by
continuously telling us that no tiger has spotted in last 10 days. So, there was very few (or no) chances
of spotting a tiger that day. Then we reached a lake and our guide noticed some markings on the road.
And it was a tiger’s footprints. But then he said that the tiger has crossed the road and went towards
the forest which is out of bounds for tourists. Again our hopes crashed. We kept moving forward and
spotted some wild boars along the way.

And as we moved further, our driver suddenly stopped. He was trying to hear calls (Monkeys and deer
start “calling” out to other animals as a warning if they see/ feel the presence of tiger). Then he showed
us fresh dropping of a tiger (dropping = potty). That means the tiger was there 15-20 minutes ago. But
again our guide told us to keep our hopes low as it again went in the jungle. Then we again moved
further. Other gypsies moved in other directions. Our guide asked our driver to go to “Hand-pump”.
They’ve named the areas inside the vicinity. And as we were on our way to that Hand-pump, our driver
said- “Silence…a Tigress”.

And we were all awestruck. She was coming towards us in a slow majestic walk. I started clicking her
every step. I took 88 photos of her in just 3-4 minutes. She came and stood near our gypsy as if she
was giving me side pose, her feline body shining shades of orange yellow and black. I clicked her till
my photography instincts were saturated. And then she slowly disappeared into the jungle. It was an
awesome feeling filled with both fear and excitement in her presence. As she went deeper and deeper,
we couldn’t see her, but animals started calling out. On our way back we saw jackals and many other
birds. The trip ended with a feeling of utmost content, we were now going home with a once in a
lifetime experience. 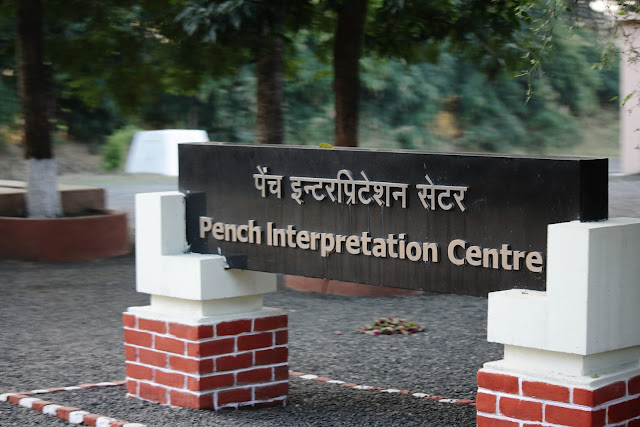 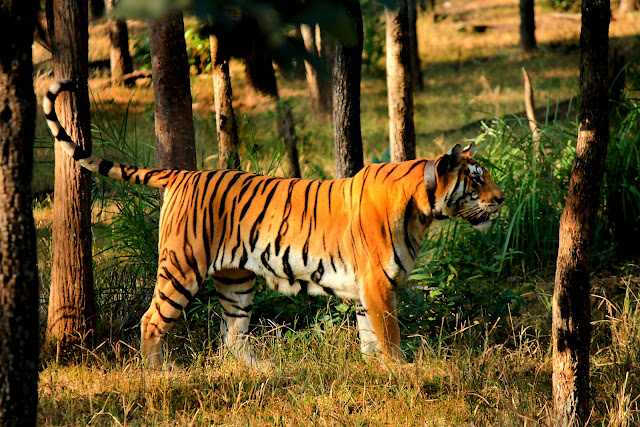 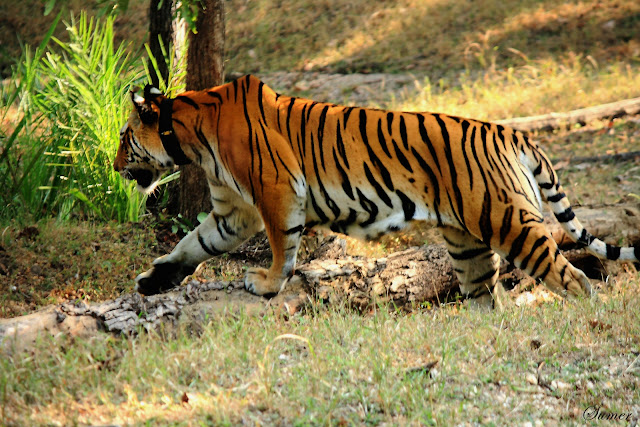 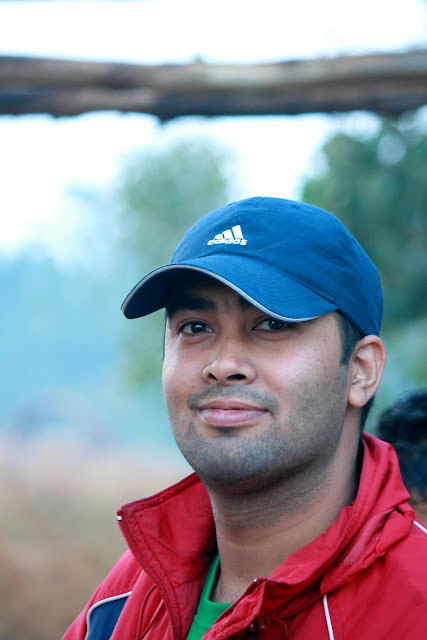